Restless Spirits Distilling released Kansas City’s first Single Malt Whiskey in late 2017. It was called GullyTown and is inspired by those who worked their asses off building K.C. from nothing but rocks and mud. This honors the Irish, German and Italian immigrants who helped the city ascent to greatness. We also want to give a special cheers to those who also never forgot the climb. The label design features a textured copper jacket that is achieved by printing raised UV on the inside of the wrap — when applied to the bottle, it creates a hammered effect. A custom illustration depicts a scene of the legendary two barrels that helped the workers pass their time. The small river that flows behind the characters is a window to view the spirit. 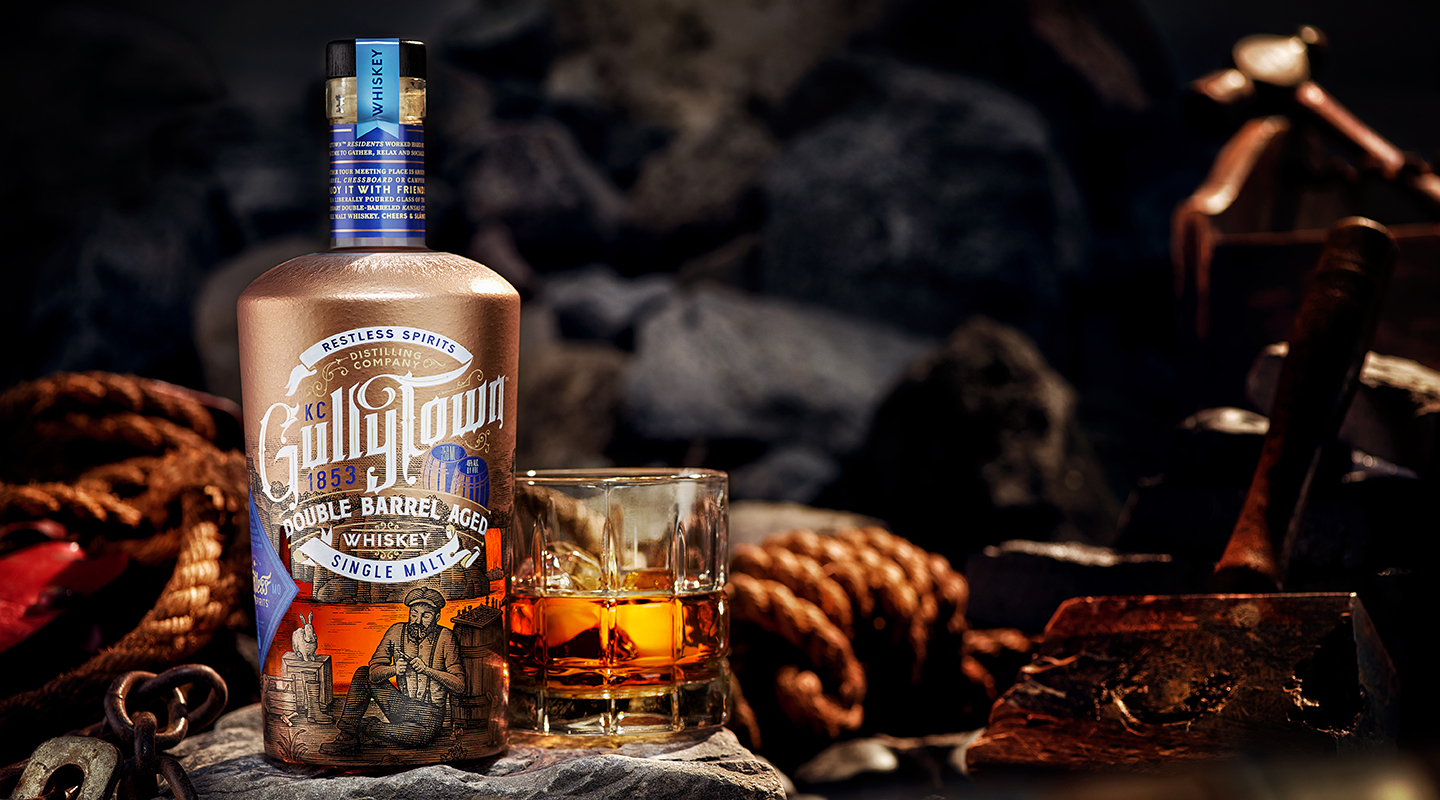 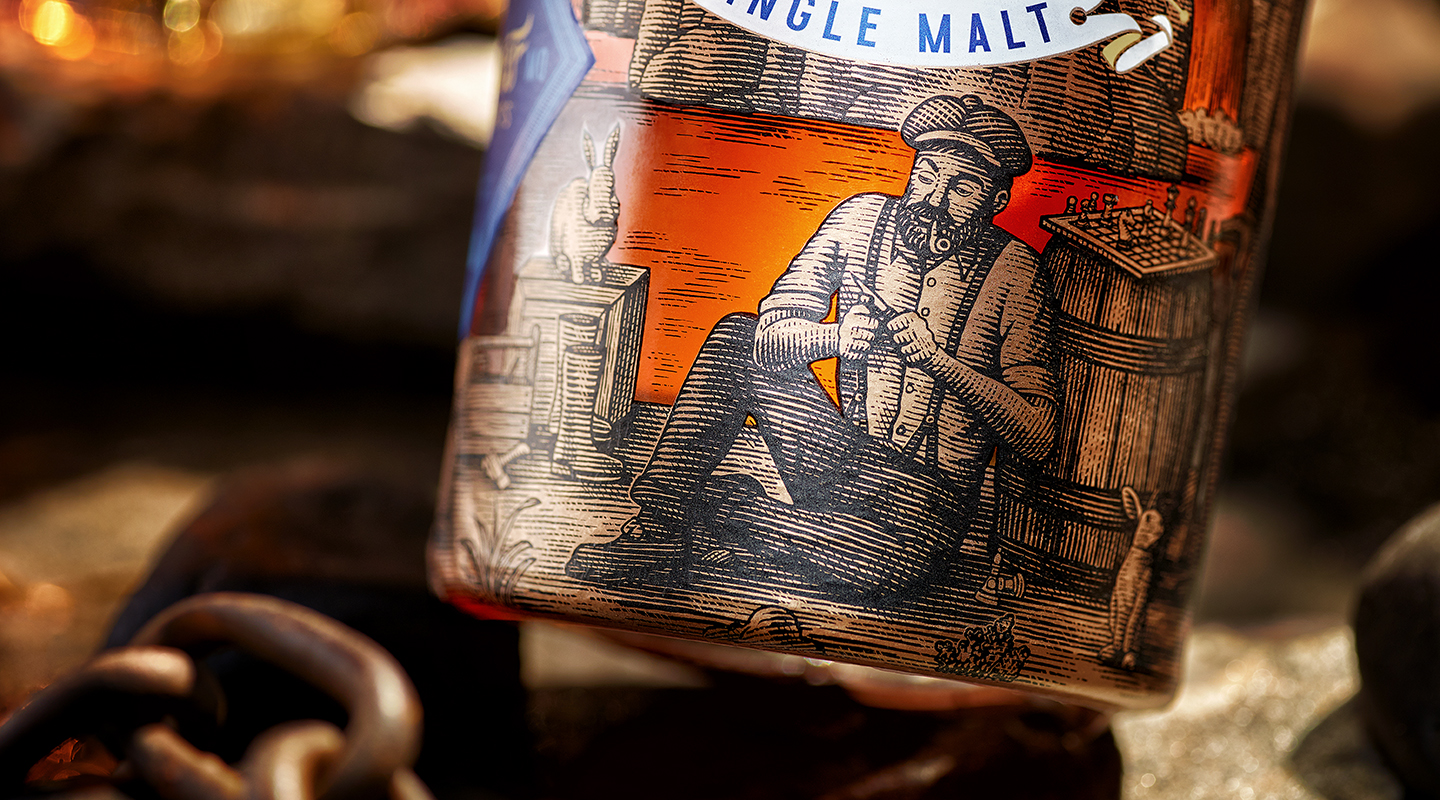 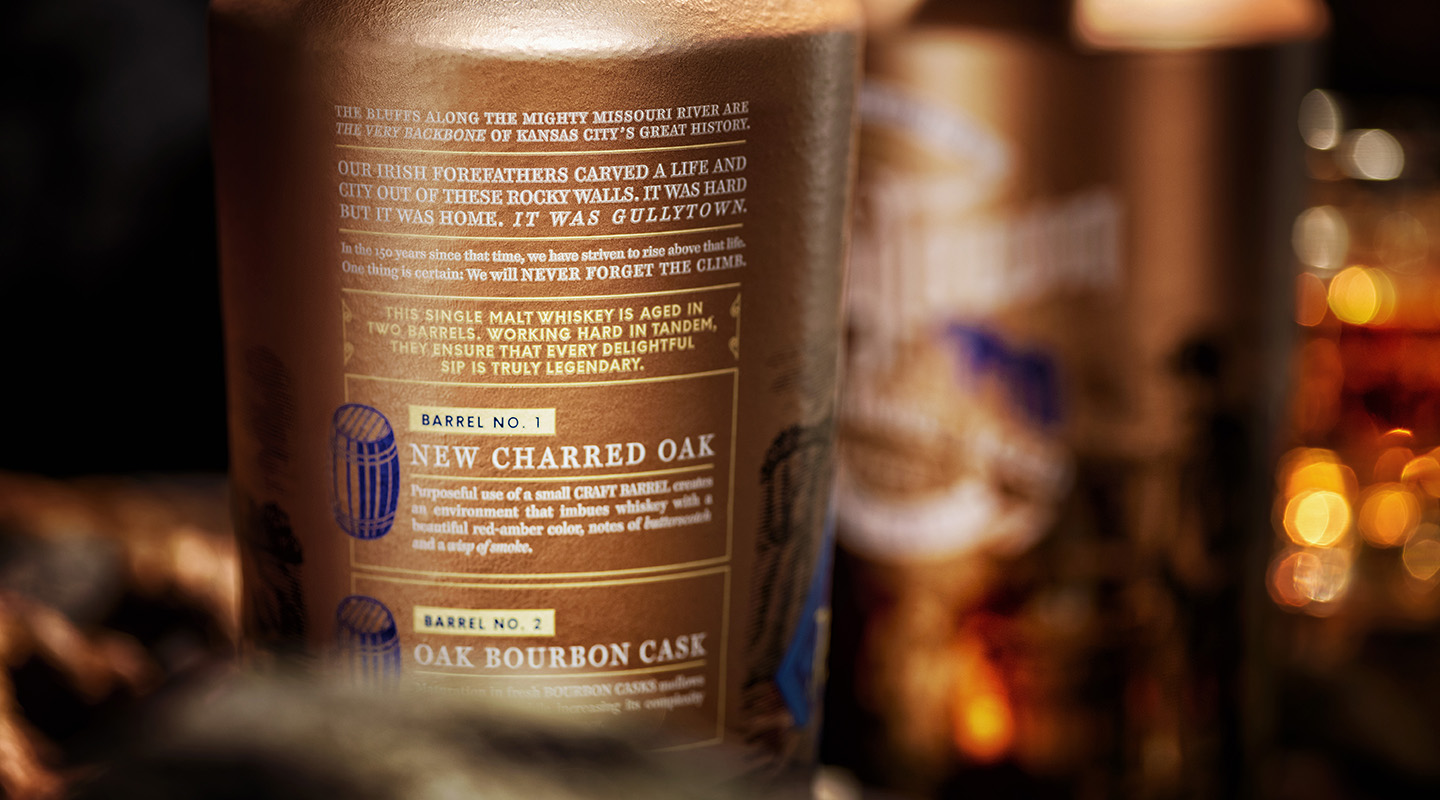 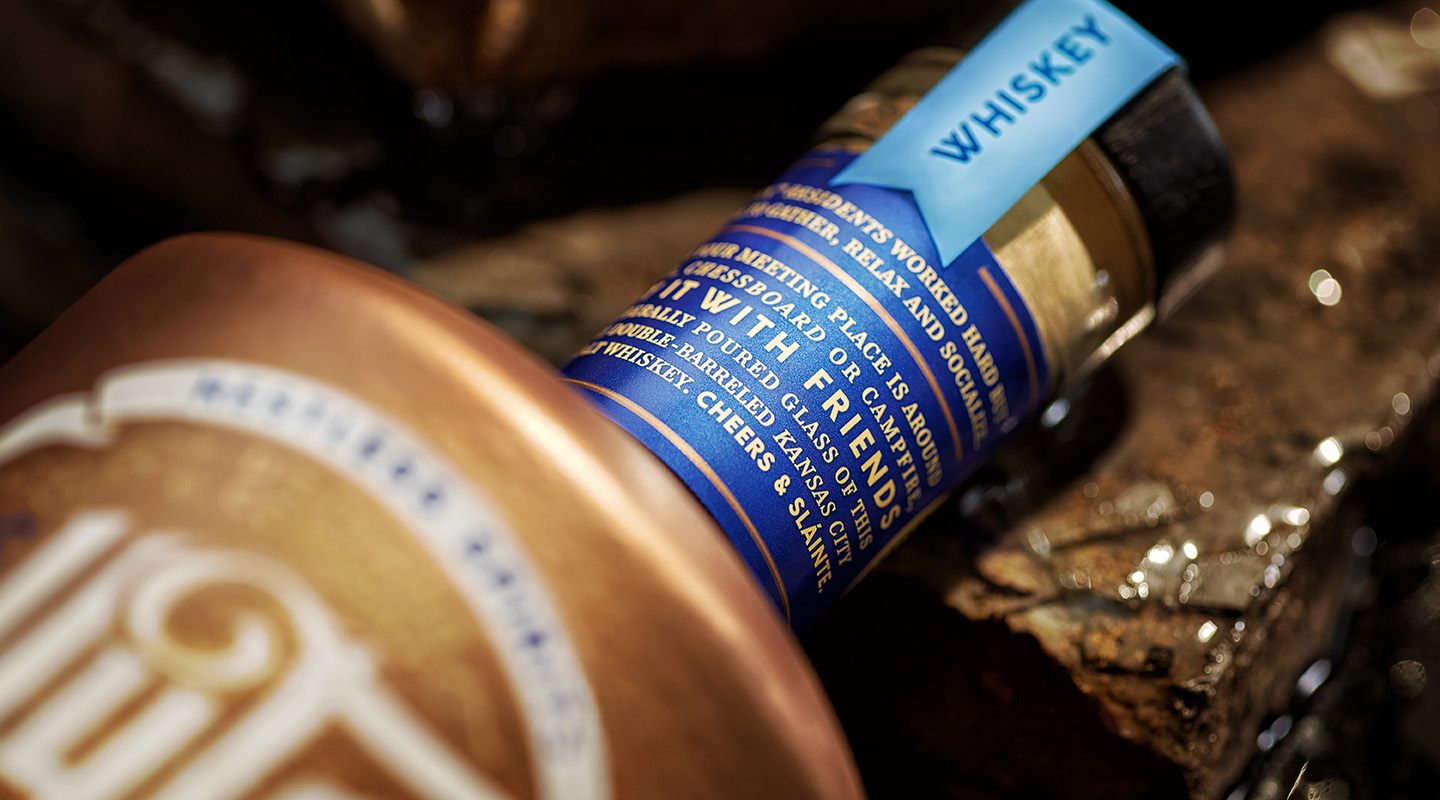 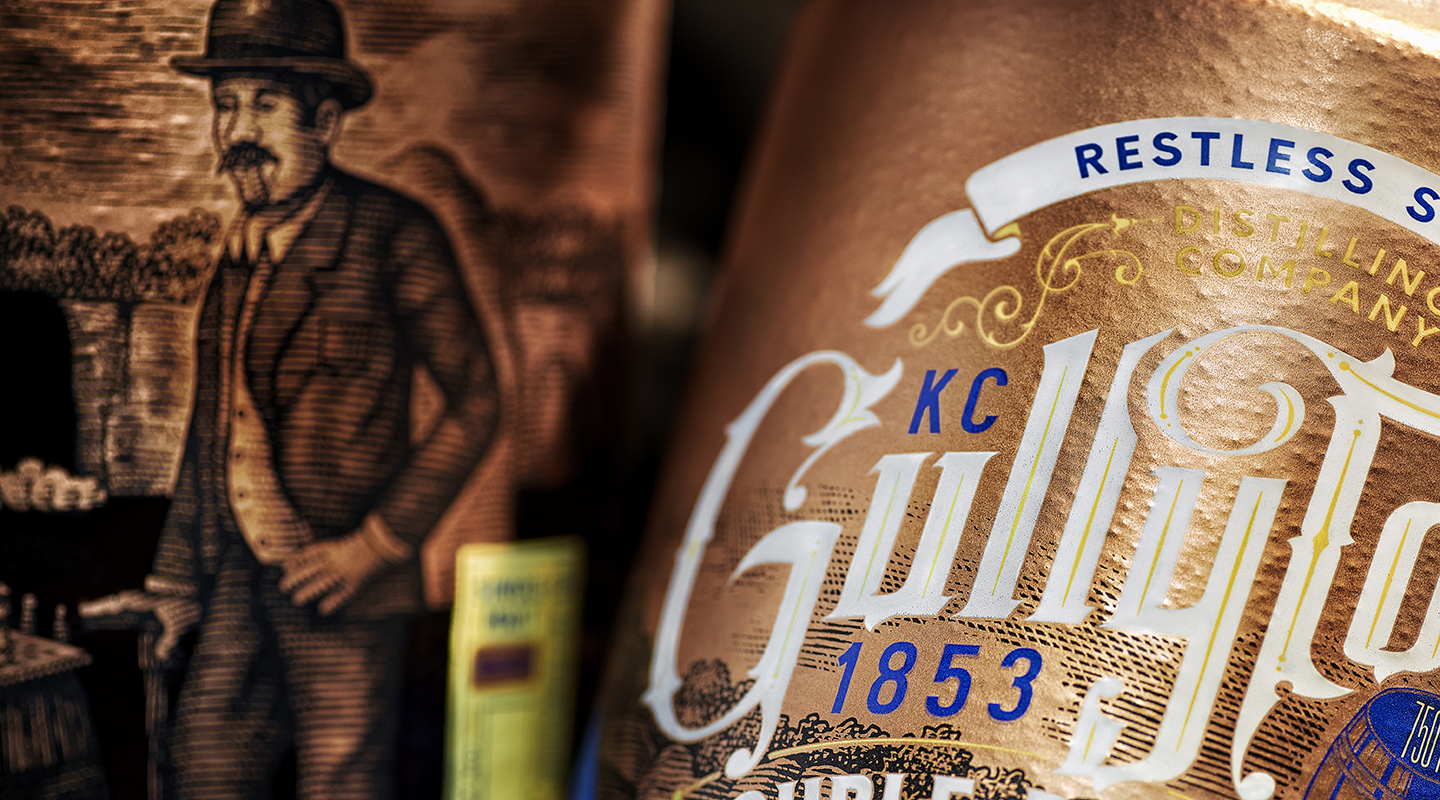